"Two lives have been saved at once! Today, the doctors of the Research Institute of Complex Problems of Cardiovascular Diseases have performed a real professional feat and have once again proved that we have specialists of the highest level working in our region who are ready to perform the most difficult tasks to preserve people's lives and health. The modern equipment of the clinic's operating unit also made it possible to carry out two complex operations. Everything necessary for carrying out such operations is available in full," Governor Sergey Tsivilev said.

One of the patients had been waiting for an organ suitable for transplantation for more than a year, the other for several months. For them, transplantation is the only chance to live. According to experts, it is a great success for a patient when a suitable organ appears in terms of parameters, and there were two hearts that people needed at once, so doctors could not deprive anyone of hope for recovery and urgently decided to have two operations at once at the same time.

"Heart transplant surgery lasts from 4 to 7 hours. In this case, the operations were carried out in 4-5 hours. Now we are monitoring patients. At the moment they are in the Department of anesthesiology and intensive care," said Natalia Kondrikova, Deputy chief physician of the Research Institute of the KSPSSZ.

Orthotopic heart transplantation is a complex operation that requires well—coordinated organized work, high qualifications and professionalism from the medical staff. This is the most emergency surgical intervention that does not tolerate loss of time, therefore, on the basis of the CPSSZ Research Institute, surgical interventions for heart transplantation are carried out only to residents of Kuzbass.

To date, about 40 residents of Kuzbass with severe cardiological pathology are on the waiting list for a heart transplant. When exactly they will have a vital operation depends only on when a suitable donor organ will appear.

Up to 10 heart transplantations are performed annually in the region with the joint work of the CPSSZ Research Institute, the Center for Transplant Coordination and Organ Donation Centers.

FOR REFERENCE
The first heart transplant operation was performed in Kuzbass on January 31, 2013 under the supervision of Academician Leonid Barbarash. Kemerovo became the first city in Russia with a population of less than 1 million people to receive such an experience.
Since 2013, a total of 55 heart transplantations have been carried out at the Research Institute of Complex Problems of Cardiovascular Diseases. 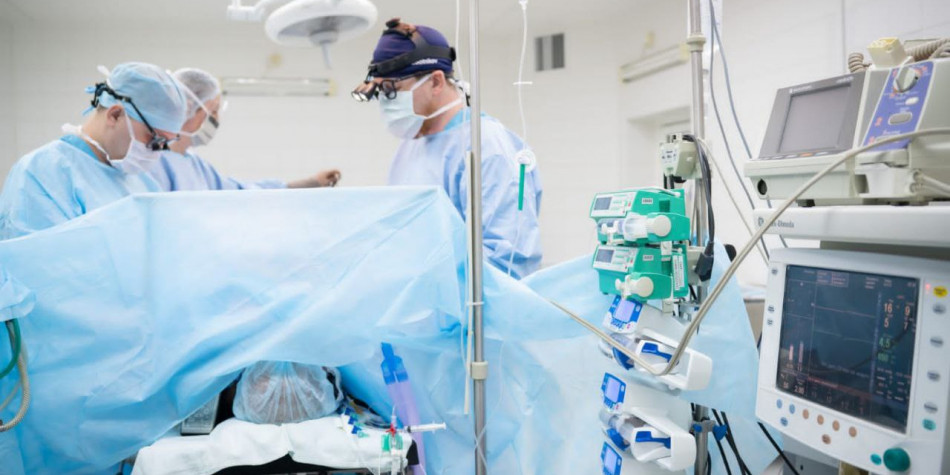