Last autumn, with the support of the REC "Russian Arctic", a youth laboratory for diagnostics of carbon materials and spin-optical phenomena in wide-band semiconductors was opened at the Northern (Arctic) Federal University named after M. V. Lomonosov (Arkhangelsk). The main part of the equipment has been purchased, and scientists are already conducting research.

Synthetic diamonds grown with the addition of nitrogen (N), similar to rough stones, are cut to produce plates. Diamond cutting is a rather complicated process: first, 3D marking is carried out on a special installation, then a transparent diamond is coated with a substance that makes the diamond visible to the laser. After cutting, the surface of the diamond is covered with black soot due to carbonization, that is, the so-called graphitization appears, so the plate is polished.

Then NV centers are created in diamond plates, where N is already available nitrogen, and V are vacancies that do not exist yet, and to obtain them, the diamond is irradiated with either electrons or neutrons. However, the vacancies obtained as a result of irradiation are distributed randomly, so the next technological step is temperature annealing, in which the entire system is heated. Vacancies and nitrogen begin to move in the diamond crystal lattice, and, finding each other, combine, thus creating NV centers with unique properties.

Further, the obtained diamond plates with NV centers are characterized, that is, a number of scientific studies are carried out. First of all, this is the determination of plate stress on a stand assembled by laboratory scientists: diamonds with high voltage, as a rule, have defects and are unsuitable for further use. In addition, studies of NV centers are carried out at the installation for recording optically detectable magnetic resonance, determining their number, as well as the compliance of the obtained single-crystal diamond plate with the declared characteristics.

It is very important to learn how to grow and produce single-crystal diamond plates with NV centers with thin, unique properties: such plates are used in quantum technologies, for example, in quantum magnetometers, and in the future - in quantum computers. This means that the synthesis of single crystals of diamond is a very promising technology that is currently developing all over the world, it is the cutting edge of scientific and technological development.

The laboratory at SAFU is unique in its close cooperation with AGD Diamonds, cooperation with the Ioffe Institute of Physics and Technology in St. Petersburg, the A.M. Prokhorov Institute of General Physics of the Russian Academy of Sciences, the Joint Institute for Nuclear Research in Dubna. This was made possible thanks to the world-class scientific and educational center "Russian Arctic: new materials, technologies and research methods". 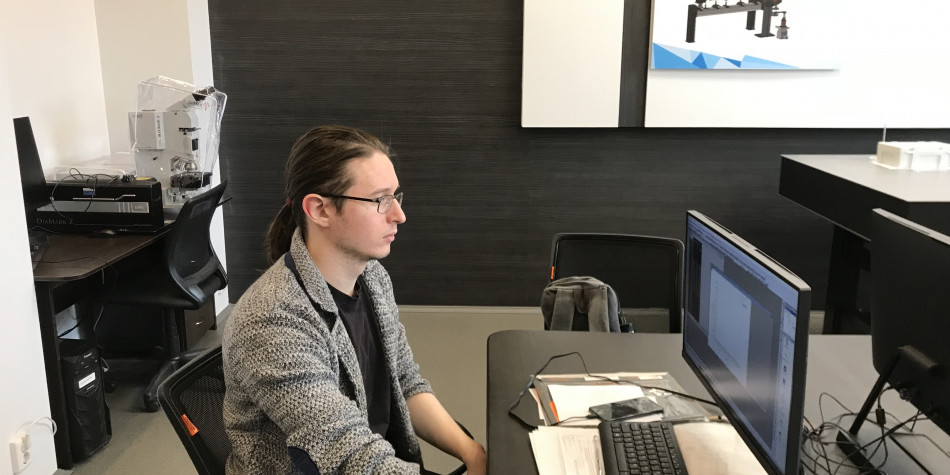