Why do scientists insist on the integrated use of Arctic bioresources

In the Arctic, no more than five to seven percent of the permitted volume of algae is processed, the Barents and White Seas are practically not used for the cultivation of mussels on an industrial scale, the same applies to the collection and cultivation of mushrooms and berries in the northern territories.

Unclaimed potential must be learned to turn into food products. Scientists believe that today this is not only a new perspective of the development of the Russian Arctic, but also the issue of food security of the country. Moreover, technologies for the extraction, cultivation and processing of biological resources already exist: Russian biotechnologists told about this in Arkhangelsk at the forum "Development of the Russian Arctic in the programs of activities of scientific and educational centers of the world

Scientists are sure that today the inhabitants of the Arctic literally "walk on vitamins and minerals": polyunsaturated fatty acids, antioxidants, amino acids and many other biologically active substances are found in large quantities in the flora and fauna of the Russian Arctic.

Despite this, Northerners are much more likely than other Russians to suffer from monotonous food: experts characterize the Arctic type of nutrition with a large amount of protein and fat, but a shortage of carbohydrates. Due to the lack of plant products in the northern territories, the classical recommendations of the Institute of Nutrition are not being implemented:

- This applies to those who live permanently in the Arctic, and those who come to work temporarily, - Igor Nikitin, head of the Department of the Moscow State University of Technology and Management, said at the forum.

According to him, due to the monotonous diet, health failures among migrants begin about the third year of their stay in high latitudes.

- It is necessary to mitigate these risks and the negative problems associated with them, - says Igor Nikitin.

For the Northerners, scientists from Moscow have developed bakery snacks with cloudberries and a high content of vitamins, multi-grain cereals, buns with a high content of polyunsaturated fatty acids. They promise to transfer all the documentation to the scientific and educational center "Russian Arctic", this will allow the launch of new products in the northern cities of Russia.

And biologists of the scientific and educational center reported at the forum that they have learned how to get liquid collagen from deer skins: it can be used in cosmetology and pharmaceuticals. The production of unique tonic drinks from pine needles, cosmetics, medicines, drinks from White Sea algae is also increasing in the capital of Pomerania.

And this is only a tiny fraction of what they could do in Pomerania with their biological resources! For example, algae production in the region does not exceed one percent of the recommended catch volume of 50,000 tons of algae per year. Little is extracted for a simple reason - the capacity of the Arkhangelsk algae plant is not enough for processing marine resources.

Meanwhile, the demand for its products has increased significantly in 2022.

- For a certain product range, it is ten times higher than the demand that existed before February. Therefore, the company is considering the issue of modernization and expansion of production," Viktor Ikonnikov, Minister of Economic Development, Industry and Science of the Arkhangelsk Region, told Rossiyskaya Gazeta.

But it is algae that is the only source of sodium alginate, which is indispensable in the treatment of wounds, as well as other polysaccharides, in Russia today:

"The development of the domestic polysaccharide market is possible only with an increase in algae production," Daria Kolotova, head of the Murmansk State University Research Laboratory, said at the forum. She also stressed that this is an issue of import substitution and

But scientists insist on an integrated approach to the use of biological resources. For example, the catch of Atlantic cod in the Arctic has increased by four percent in recent years, and this opens up new opportunities not only for the production of, for example, fillets and cod liver, but also ... collagen, which is contained in large quantities in the bones, skin and fins of the most popular Pomeranian fish. This means that cod can serve as a source for obtaining gelatin,

which today is produced mainly from pig and bovine skin. Moreover, the quality of cod collagen is disproportionately higher due to the high protein content. It is no coincidence that the production of fish gelatin in Russia is growing.

Meanwhile, in the Murmansk region, they are preparing to start commercial cultivation of mussels. Scientists of the State Technical University of the region believe that in the Arctic this is the only way to obtain large volumes of shellfish - a simple and least expensive type of aquaculture. During the forum, biologists reported that on the Murmansk coast, the biomass of shellfish can reach two and a half kilograms per square meter - for the Arctic, this is

Mussel cultivation is another promising vector for the development of marine farms in the Murmansk region. Moreover, it is recommended to process even the flaps of shellfish: in the Arctic, they plan to start receiving flour enriched with proteins and chitin from them, as well as add it to animal feed. 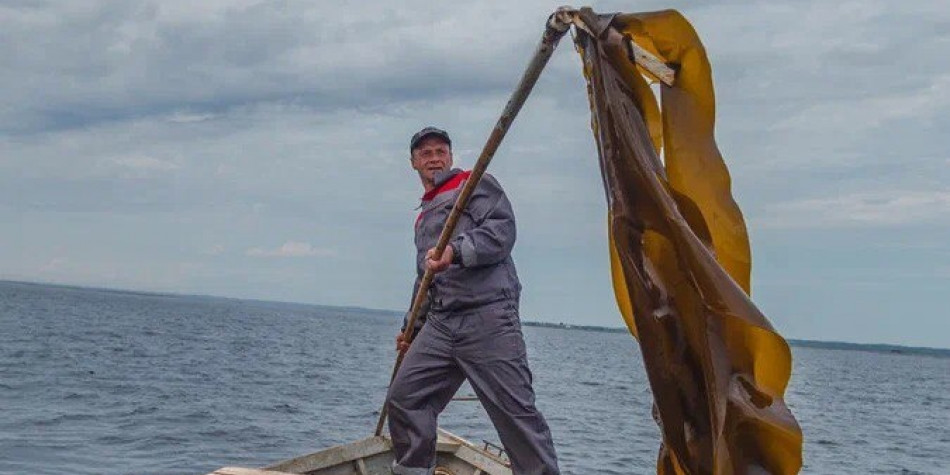