Along with five projects of scientists of the National Research University "BelSU", the development of obtaining raw materials for the production of recombinant drugs for the treatment of genetic diseases received the highest evaluation by the jury of the XV Russian Competition of Innovative Developments

The results of the first stage of the XV Russian competition of innovative developments "RosBioTech" were summed up in Moscow. Its participants were university centers and enterprises from 12 regions of Russia. According to the decision of the competition commission, which was headed by Academician of the Russian Academy of Sciences Andrey Lisitsyn, 35 author's developments were awarded gold medals by RosBioTech, six of which belong to scientists of the National Research University "BelSU".

The winner of one of the gold medals was a research group led by the director of the Research Institute of Pharmacology of Living Systems of the National Research University "BelSU", Professor Mikhail Pokrovsky with the development of obtaining raw materials for the production of recombinant drugs intended for the treatment of orphan (genetic) diseases. These include spinal muscular atrophy, Alzheimer's, Parkinson's, blood diseases, musculoskeletal system, etc.

The development of a line of transgenic animals (rabbits) producing human heat shock protein (Hsp70) for the needs of the pharmaceutical industry, as explained by Professor Mikhail Pokrovsky, is strategically attractive due to low production costs, high productivity and quality of recombinant proteins. Thanks to the implementation of the project of pharmacologists of the National Research University "BelSU", it will be possible to reduce the cost of obtaining 1 gram of heat shock protein from 30,000 to 4-10 US dollars.

- The implementation of the project requires surgical skills, skills of working with cell cultures, skills in the field of molecular biology, genetics, but, above all, diligence, hard work and a desire to do science. At our Department of Pharmacology, such a team of young talented employees has been formed today, who will form the backbone of the research team for future projects in the field of pharmacology, genetics and gene therapy," Mikhail Vladimirovich emphasized.

Students of the 6th year and postgraduates of the first year of study at the Medical Institute are working on the golden award and a number of other breakthrough projects at Belgorod State University Vladimir Pokrovsky, Evgeny Patrakhanov, Olesya Puchenkova, Anastasia Belashova, Peter Lebedev, Veronika Belyaeva and Yulia Stepenko under the supervision of the Head of the Laboratory of Genetic Technologies and Gene Editing for Biomedicine and Veterinary Alexey Deikin and Professor of the Department of Pharmacology and Clinical Pharmacology Mikhail Korokin.

It should be noted that along with this, the winners of the gold medals of the RosBioTech-2021 competition were four projects of the Institute of Pharmacy, Chemistry and Biology of the National Research University "BelSU": "Composition and technology of medicines based on lactoferrin" (head - Head of the Department of Pharmaceutical Technology, Ph.D., Professor Elena Zhilyakova); "Creation of a bioactive sorption composition to neutralize mycotoxins in farm animal feed" (project director: Deputy Director of the Institute of Pharmacy, Chemistry and Biology, Ph.D. Ulyana Krut); "A method for producing yogurt containing nanostructured dry extract of Boswellia" (project director: Head of the Department of Food Technology of the National Research University "BelSU", Ph.D., Associate Professor Nina Myachikova and the head of the laboratory for the synthesis of micro- and nanostructures of the CHOU VO "ROSI", Doctor of Chemical Sciences Alexander Krolevets); "Method for obtaining nutritious lactose-free milk" (hands: Doctor of Chemical Sciences, Professor Victor Deineka).

Also, a gold medal was awarded to a robotic installation of complex disinfection of the working surface of medical equipment (project hand: Vladislav Dubrova, a student of the Medical Institute of the National Research University "BelSU"). 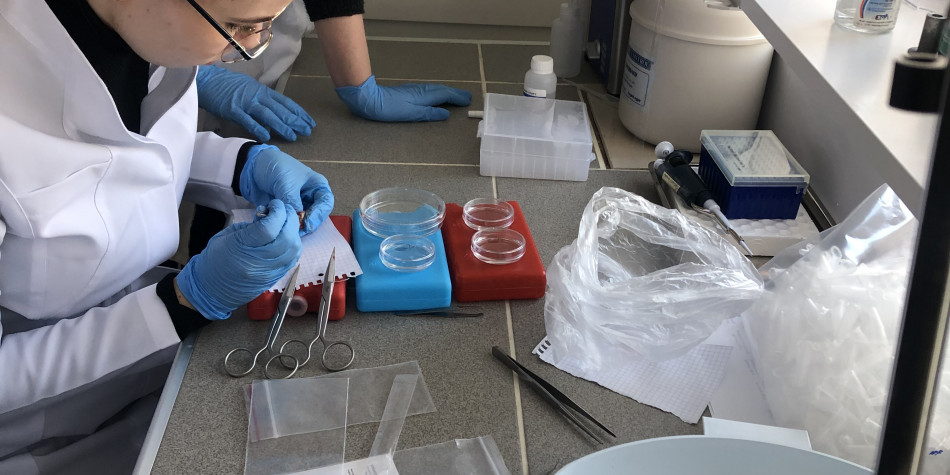 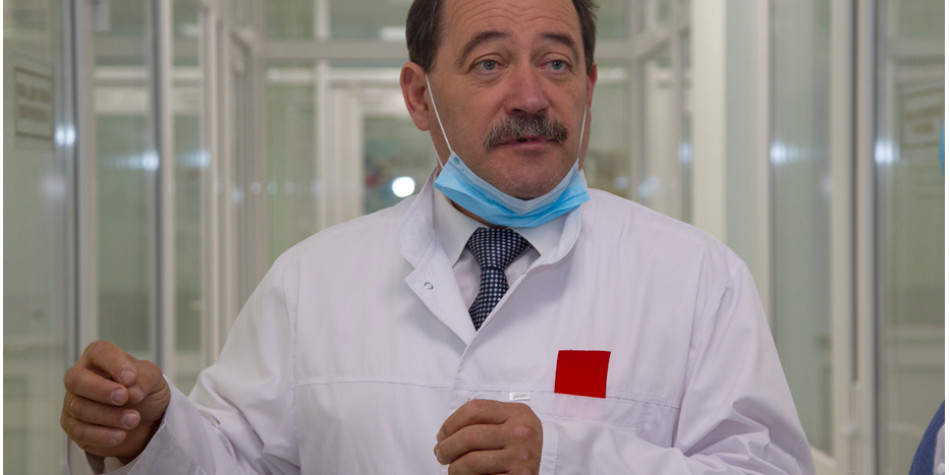 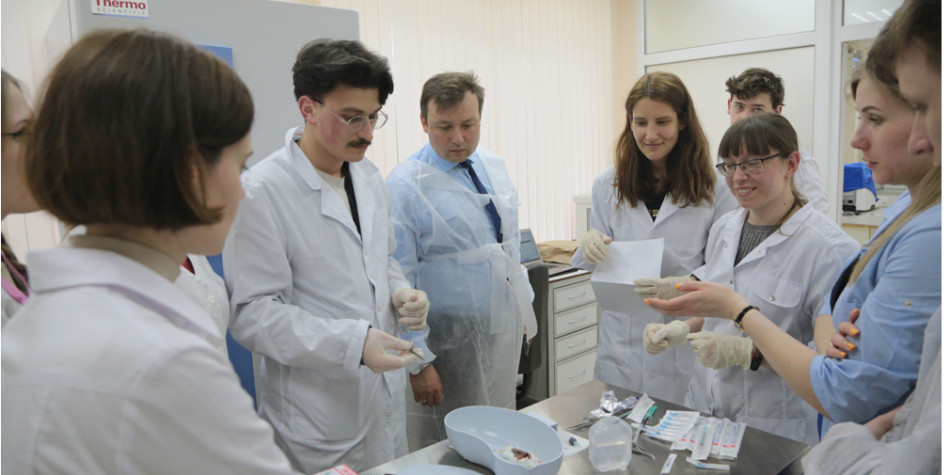