During the visit, an extensive program was presented: the Deputy Federal Minister got acquainted with the research activities of the region and the work of leading universities in the republic.

Rector of the Aviation University Sergey Novikov gave a short tour with a presentation of RACING TEAM UGATU cars and electric bike and the UEC brand zone. Dmitry Afanasyev was also shown the university's developments in the Aircraft Engine Design Laboratory.

The central event of the Deputy Minister's visit to UGATU was the plenary session of the conference "Mavlyut Readings". The fifth anniversary International Scientific and Technical Conference is dedicated to the 95th anniversary of the birth of the rector of Ufa State Technical University from 1961 to 1992, Doctor of Technical Sciences, Professor Ryfat Rakhmatullovich Mavlyutov.

In his welcoming speech, Dmitry Afanasyev noted a special role in holding such events.

"The Mavlyut readings are a good example of the glorious past and modern development," the Deputy Minister said.

Andrey Sharonov, President of the Moscow School of Management Skolkovo, made a video call with alma mater. He noted the special, historical role of UGATU in the development of not only the region, but also the country.

"Science in Russia has long been separated from education. Now there is a tendency to return to the dominance of Science in all educational processes all over the world. Only in this way will we be able to achieve breakthrough development, which takes place at the intersection of disciplines of large scientific organizations and universities. Universities are rightfully a source of scientific development. The acute issues that are now being raised regarding the unification of universities are a global trend. Success now can only come through integration and close collaboration"

"I am glad that the tradition of holding the conference continues, no matter what. Over the years, the Mavlyut Readings have certainly become an authoritative platform for discussing key issues related to the development of the aviation industry, mechanical engineering, and digital technologies. It is important that the number of participants and the number of topics grows every year."

The Deputy Minister visited the Multi-profile Accreditation and Simulation Center of BSMU. The building has practical skills, simulation training and accreditation centers, computer classes, an accreditation hall, as well as a Russian language department and an assembly hall. Currently, students of the 6th year of medical and pediatric faculties are trained on simulators.

"Students are preparing to pass the primary accreditation, which they will have in the summer, - explained the rector of BSMU Valentin Pavlov-Last year's accreditation was postponed to the winter period, thanks to which we are in the first ranks of medical universities accredited our graduates in compliance with all precautions for the spread of coronavirus infection."

The Rector of BSMU drew Dmitry Afanasyev's attention to the addition of the Research Institute of Eye Diseases to the university, thanks to which an international center of ophthalmology was created in the republic, which will continue scientific research with foreign partners, as well as the export of medical and educational services. Currently, BSMU ranks first in terms of the number of foreign students enrolled.

He got acquainted with the activities of the UGNTU Engineering Center, where samples of innovative developments of Ufa Petroleum scientists are made, as well as oil and gas and chemical equipment is manufactured by orders of industrial partners.

At the Faculty of Pipeline Transport, the delegation got acquainted with the laboratories that are equipped with unique simulators.

The federal official positively assessed the potential of higher education in Bashkiria as a whole:

"My communication today with colleagues from universities [in Bashkiria] shows that both the potential, the perspective, and the direction were chosen correctly. Our Ministry is preparing to launch a new university development program. We very much hope that universities of the Republic of Bashkortostan will take part in it. I can only say in advance that they have a chance."

Dmitry Afanasyev, Deputy Minister of Science and Higher Education of the Russian Federation, also spoke about the position of the federal department regarding the merger of the two largest universities in the republic – Ufa State Aviation Technical University and Bashkir State University.

"When the potentials of different universities are combined, the quality of applications [for participation in the state support program-ed. ], her healthy ambition increases and, accordingly, her chances increase. Therefore, we expect that the unifying ideas that are being laid down for this university today will be reflected in this application, and that, undoubtedly, both the commission and the council will highly appreciate it. Therefore, we very much welcome this initiative, " Dmitry Afanasyev said during a conversation with journalists. 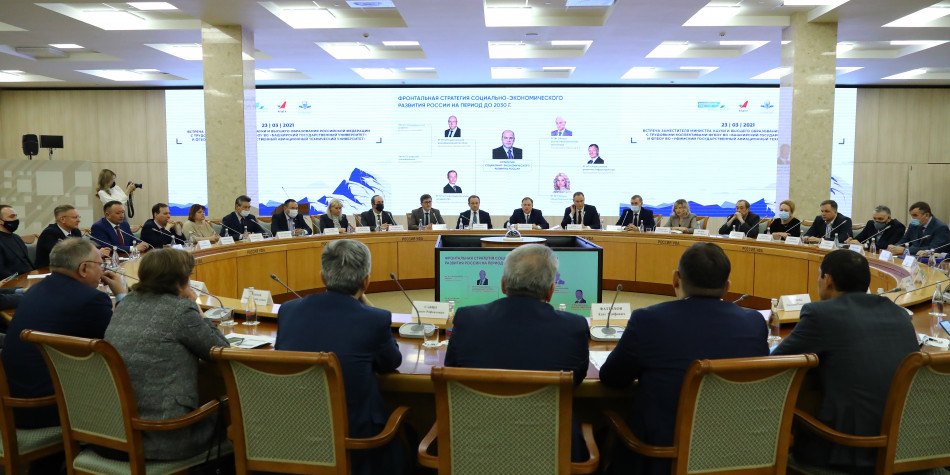 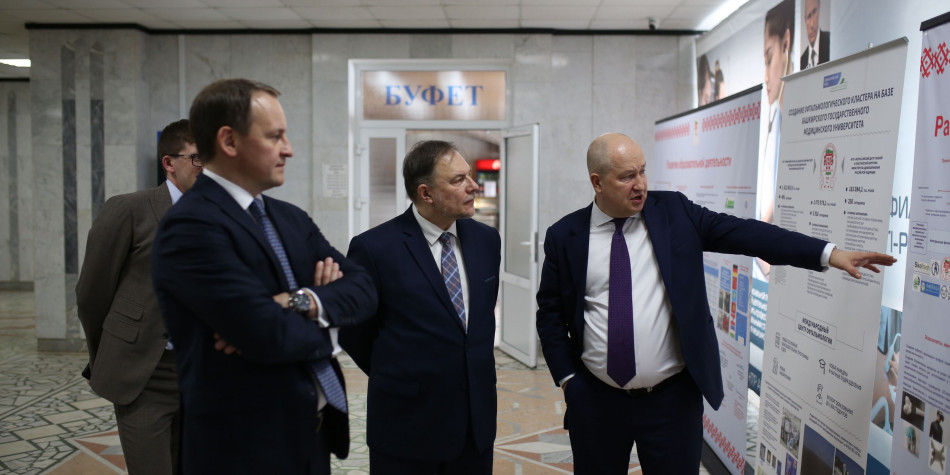 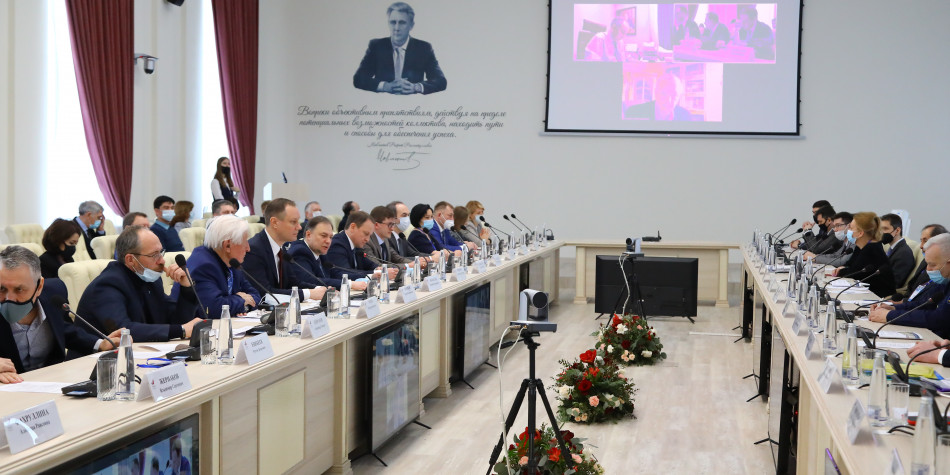 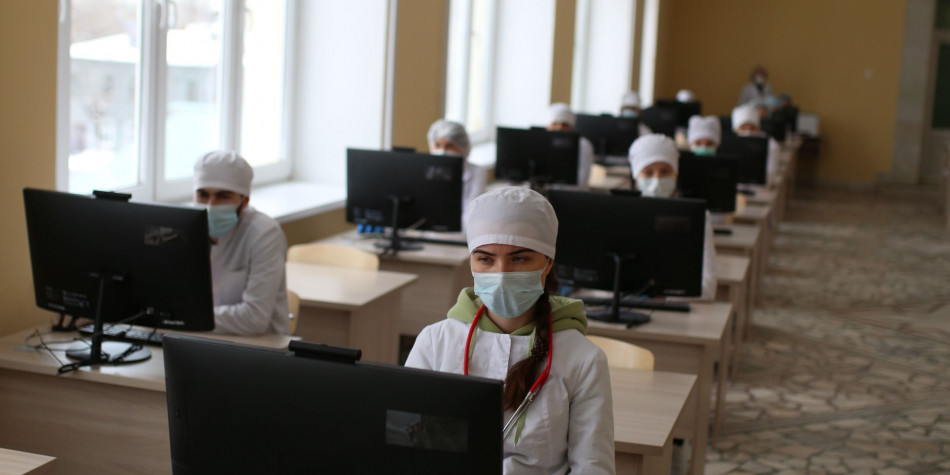 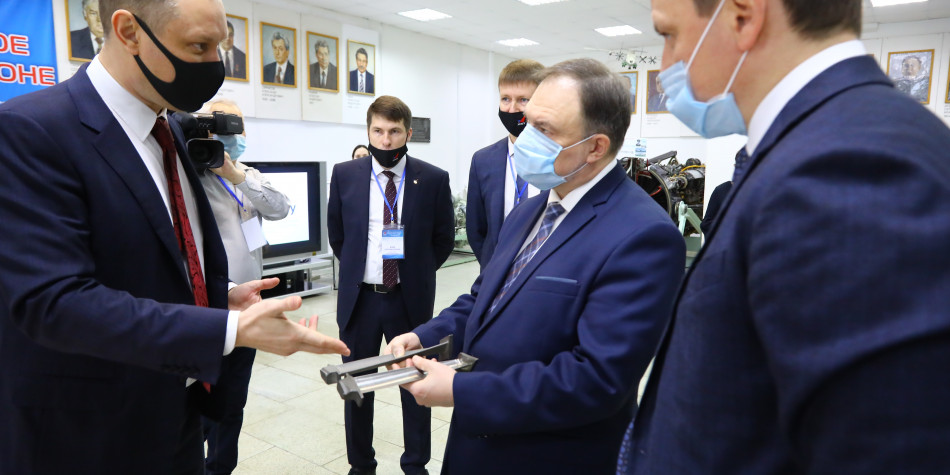