In Belarus, a separator for sorting garbage is being introduced

The development of UrFU scientists makes it possible to successfully filter plastic The first Russian optical separator developed by scientists of the Ural Federal University in close cooperation with the company "Aksalit" has been delivered to the Grodno plant for recycling and mechanical sorting of waste.

The first Russian optical separator developed by scientists of the Ural Federal University in close cooperation with the company "Aksalit" has been delivered to the Grodno plant for recycling and mechanical sorting of waste.

The separator is designed for automatic recognition and sorting of municipal solid waste. Waste is moved along a conveyor belt, and on the detection line, a hyperspectral camera determines the type of material according to the characteristics selected by the operator. Separation occurs by shooting the object out of the general flow with compressed air. In Grodno, the separator is configured to separate chlorine-containing materials, that is, PVC plastic, in order to make RDF fuel from the remaining garbage, which is usually used for the production of electrical and thermal energy by burning.

"We separate PVC plastic from waste so that no acrid smoke is released during their incineration, which pollutes the atmosphere," the developers emphasize. — The capacity of such a separator is 9 tons per hour. At the moment, the plant is undergoing commissioning, which is scheduled to be completed by the end of April. The cost of the separator is 40% lower than foreign analogues, but the sorting quality is similar — 90% accuracy. Moreover, unlike foreign analogues, it allows you to increase the percentage of sorted garbage. Thus, the introduction of such developments makes an important contribution to solving the issue of effective import substitution."

The developers note that the separator is mainly developed from domestic materials, but some units are foreign-made. For example, the main unit of the separator is an optical module. It is he who recognizes the moving material on the conveyor belt and transmits the coordinates for their "shooting" from the general flow. An imported hyperspectral camera is responsible for recognizing objects. But in October of this year, the foreign camera will be replaced by a domestic one. The camera captures infrared waves reflected from the object, thereby determines the types and subspecies of materials, its range of operation is from 900 to 1700 nm, and the shooting speed is 15,000 fps.

The optical separator is installed as a cascade equipment, which automates the entire sorting process. Its great advantage is that it is designed and developed with an understanding of the real conditions of the "garbage culture" in the CIS countries and does not involve pre-sorting.

Similar separators are supposed to be installed at plants for complex processing of municipal solid waste in several cities of the Sverdlovsk region. The project is being implemented within the framework of the Ural Interregional world-class scientific and Educational Center "Advanced Production technologies and Materials". 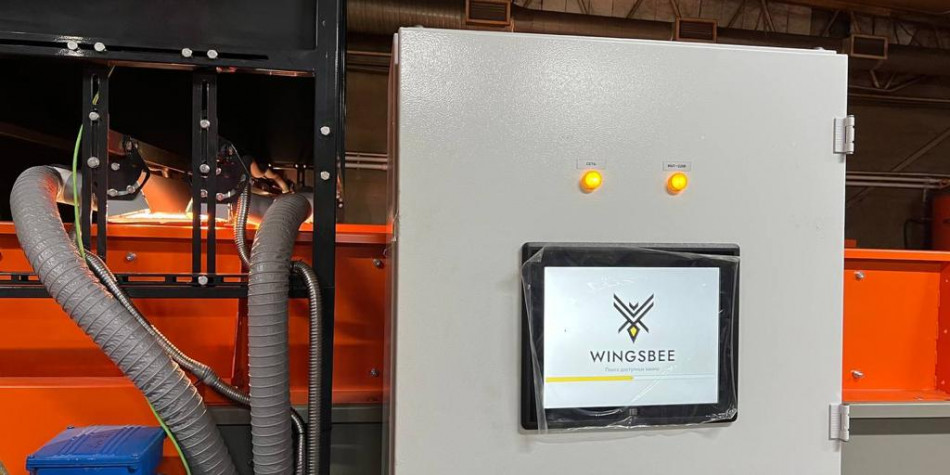