Models are used to develop control algorithms for GTEC and conduct computer tests. However, the most critical operating modes are,

which may arise during the use of the power plant is difficult or impossible to reproduce in real conditions or on a test bench. To do this, they use a semi-natural stand with a mathematical model that "recreates" the behavior of the electrical system

"It is quite difficult to build a model of an electrical system, since it includes a large number of interacting elements. Because of this, it is impossible to conduct computer tests quickly," explains one of the developers, senior lecturer at the Department of Electrical Engineering and Electromechanics at Perm Polytechnic Grigory Kilin.

Researchers have found a way to simplify the model to speed up its operation and improve the quality of electricity generation.

– We proposed to create a number of high-speed neural network models for the main characteristic operating modes of a gas turbine power plant,

reproducing them with the required degree of adequacy.

With their help, you can quickly test the operation of automatic control algorithms. We developed the models using a specially designed artificial neural network," says Boris Kavalerov, scientific supervisor of the developer, Head of the Department of Electrical Engineering and Electromechanics at Perm Polytechnic University, leading researcher at the Center for Additive Technologies of the Center for Collective Use, Doctor of Technical Sciences, Associate Professor.

Scientists have created a model that includes various consumers of electricity. According to the researchers, they determine the nature of the impact of co

the sides of the electrical system to the automatic control system of the gas turbine installation. It is also necessary to take into account important parameters in

Another important result of the research was that to create a model, scientists have developed an original methodology that allows you to choose a rational architecture and hyperparameters of the network aimed at the task being solved.

The study showed that simplified models based on artificial neural networks work correctly. They can quickly function as part of semi-natural stands in real time. Pre-trained neural networks can improve the accuracy of models and the quality of electricity for the consumer. The development of the Neurodin complex will help replace foreign analogues, for example, MATLAB-Simulink, scientists believe.

mechanical engineering" and "Digitalization and robotization of production and services"

Perm REC. They presented the results of the study in the journal IOP Conference Series: Earth and Environmental Science. 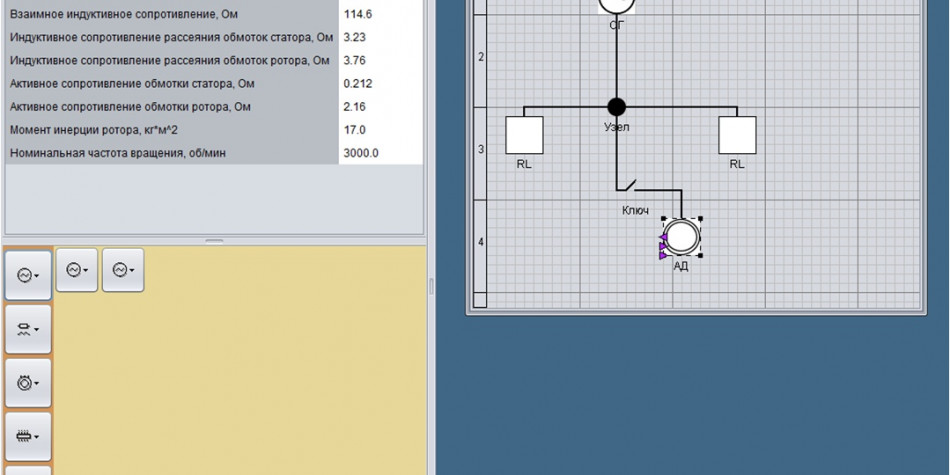